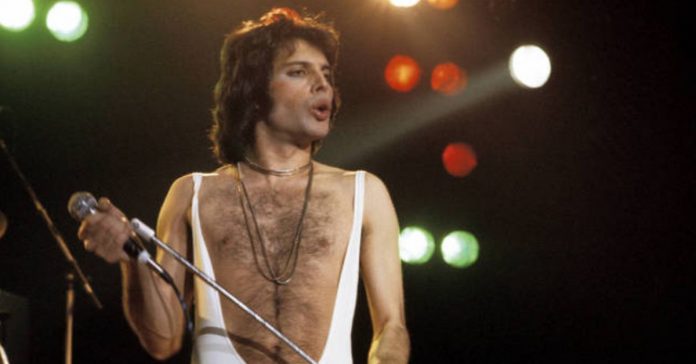 Freddie Mercury, the charismatic frontman of the classic rock band Queen, continues to set records in the industry with a four-octave vocal range. Three decades have passed since his death.

Things To Know About Freddie Mercury Net Worth, Personal Life!

On Monday, September 5, Freddie Mercury, who would have turned 76, is remembered as one of the greatest singers of all time.

His career spanned nearly two decades before he suddenly passed away at 45. During his lifetime, the Bohemian Rhapsody singer was known worldwide as a sensational rockstar, and that reputation has only improved.

When his passing in 1991, Freddie Mercury’s wealth was estimated to be around $50 million, according to Express, which is reportedly twice what Mercury was paid while he was alive.

That is unquestionably a sizable chunk of money. Even so, a sizable portion of it was technically invested in non-liquid assets like real estate investments.

Mary Austin received the vast majority of Freddie Mercury’s estate and wealth, with the remainder going to his parents and sister. Hutton, his assistant, driver, and chef also received some money.

On September 5, 1946, in Stone Town, Sultanate of Zanzibar, Farrokh Bulsara was brought into the world to become the legendary Freddie Mercury. When he was 7 years old, Freddie began taking piano lessons.

He was raised in India by his parents, Bomi and Jer, and his sister, Kashmira. He started attending St. Peter’s School, a boarding school close to Bombay when he was eight years old, and at age twelve, he started the Hectics, a rock and roll cover band.

Following his time at St. Peter’s, Mercury attended St. Mary’s School in Mumbai, where he first adopted the name, Freddie. The Bulsara family immigrated to Middlesex, England, where Freddie attended Isleworth Polytechnic before earning a diploma in art & graphic design from Ealing Art College in 1969.

Mercury then started to work at Kensington Market, where future Queen drummer Roger Taylor was also one of his fellow employees.

Before joining the band Smile, which was started by Taylor and the guitarist Brian May in April 1970, Freddie joined a few other bands, such as Ibex and Sour Milk Tea.

However, as soon as bassist John Deacon joined the group in 1971, Mercury concluded that the new group should be called Queen and created the “Queen crest” as their logo.

Mercury collaborated with Queen on 14 studio albums during his lifetime, including “News of the World” and “Queen II” (1972). Also released were two solo albums, “Mr. Bad Guy” from 1985 and “Barcelona” from 1988.

With more than 25 million copies sold worldwide, Queen’s “Greatest Hits” (1981) is the country’s best-selling album. As a result, the UK received a 22x Platinum certification, while the US awarded it an 8x Platinum rating.

The band’s biggest hit, “Bohemian Rhapsody,” from “A Night at the Opera” (1975), peaked at #1 on the charts in seven different nations.

Queen also wrote the music for the 1980 movie “Flash Gordon,” releasing the accompanying soundtrack in December of that same year. Most songs were instrumental, but Mercury and May’s single “Flash,” which was sung, reached the top ten in three countries’ charts.

Unfortunately, Freddie passed away while the album “Made in Heaven” was being recorded. Knowing he wouldn’t live long, he recorded vocal and piano tracks as soon as possible, instructing May, Taylor, and Deacon to finish the tracks later.

The album, released in November 1995, was honored “to the ageless mind and heart of Freddie Mercury” by the quartet.

Must Read:- Diego Maradona Net Worth, Football Career, Bio, Relationship, And Cause Of Death!

Mary Austin and Freddie shared a home in West Kensington from 1970 to 1976 while they were dating. Mercury and Austin’s romance ended after he came out to her as gay. During their time together, Mercury had an affair with Elektra Records executive David Minns.

Although Freddie and Mary remained close, he claimed that Austin was his only genuine friend. He later got involved with Jim Hutton, a hairstylist, and German restaurant owner Winfried Kirchberger.

From 1985 until Freddie Mercury’s passing in 1991, Mercury and Hutton were a couple and considered each other their husbands.
Freddie Mercury was given an HIV diagnosis in 1987. Since the disease was considered terminal then, he kept the public in the dark about his prognosis until shortly before his death in 1991.

Nevertheless, there was a lot of speculative writing about Mercury’s appearance in the gossip rags. He had lost weight, and it appeared that he was ill. The world wept and lamented his absence when the sun set on this legend.