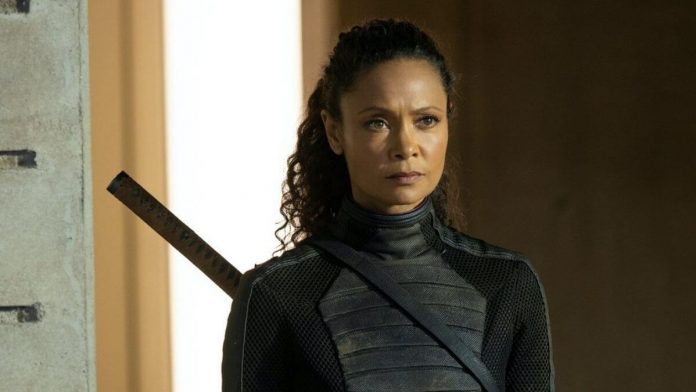 The latest episode of Westworld Season 4 kick starts with a hunt by William to find Dolores/Christina. William was all shedding blood on his way. While this was going on, Maeve and Caleb were getting ready together to head out onto the road.

The travel they started made them reach the senator’s mansion, from there, Maeve with her powers made the cameras off, this shows she is still powerful and unstoppable at every single point.

Maeve was looking for William. The very same space turns out the senator and his wife, are actually hosts. The scene seems to be really interesting and entertaining. The senator and his wife don’t make any response to Maeve and they were trying to deep freeze the function of the motors. The robots seemed to be on the upper hand until the power-packed Maeve shot the two guys – one in the crotch and the other in the head.

When it clearly seems that Maeve is gaining her powers back and is getting everything in control, then we are heading on to some must-get answers.

There are actually 249 upgraded hosts under the control of William. The real Senator and his wife have been deeply taken care of and shipped. This was all done by Charlotte.

Maeve and Caleb quickly got into the barn, and they spotted a crazed Anastasia who was talking to herself and simultaneously letting open a horse. The original senator’s wife pleaded with Caleb at her best to let her free. When Maeve noticed it, she shot on her head and made ger free.

Again, they were trying to hide down in the rabbit hole. The pair then found each other on the train back to Westworld. Sofia in this episode seemed to be a little bit upgraded but still not recognizing the pair.

But suddenly, Maeve’s powers seemed to stop working. The speculations are still going on whether Caleb turns her off and bring her back to the ‘on’ state again.

Westworld Season 4 Episode 2 shoots out a curious query, if the new hosts of Delos are well programmed to fight against Maeve’s control, then what’s the need for Senator Whitney to obey Maeve’s motor functions commands. The answer to this query could easily be found in Maeve’s history.

As Maeve finds out about a huge generation of the latest hosts, she could make it better to manipulate them with ease.

As the episode was about to close, William conducts a big board meeting to have a detailed dis