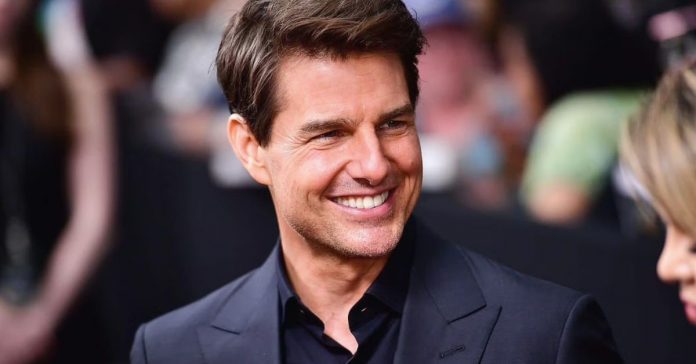 One of the sexiest leading men in Hollywood is Tom Cruise. Off-screen, he had a fair share of illustrious flames. Tom Cruise has a well-known history of relationships. His acting career began in the 1980s, and it has continued ever since.

Who Is Tom Cruise Dating? Looking Back At His Relationships In The Past And Present

Three times the Top Gun: Maverick star has been wed. It is to Nicole Kidman, Mimi Rogers, and Katie Holmes. His relationships and breakups receive as much attention as his professional life.

This article gives a detailed account of the Mission Impossible actor’s romantic relationships.

Who Is Tom Cruise Dating?

Hayley Atwell, who was a Mission: Impossible co-star, was Tom Cruise’s last rumored love interest. Although Tom’s team has not confirmed anything. There may have been rumors that he was introduced to a British actress.

Tom also divorced Katie Holmes and has not remarried since. The fans may have also heard of his romance with Paris Hilton in the headlines. This happened after people saw Paris in a video with a Tom imposter utilizing phony deep fake media. It spread swiftly online, stunning followers and sparking rumors. There is not any truth to it, though.

Carter Reum, Paris’s spouse, has not been abandoned in favor of Cruise. Tom Cruise’s current relationship status is unknown. Along with the release of this Top Gun: Maverick movie, fans eagerly await the next Mission: Impossible films, scheduled for release in 2023 and 2024.

A Guise At His Past And Present Relationships

In the 1980s, Tom and Melissa were connected. Melissa then explained that her relationship with Tom was friendly. Melissa has been wed to Tim Busfield since 2013. She previously claimed that there was no sex involved.

Recent appearances include Don’t Sweat the Small Stuff: The Kristine Carlson Story, in which she starred. After four years, she is making a comeback with this film.

Rebecca De Mornay and Tom Cruise were in the comedy-drama Risky Business from 1983. The popularity of the film can be partially attributed to Tom and Rebecca’s great chemistry. They dated for about two years and maintained their romance off-screen. Rebecca can currently be seen in shows like Lucifer and Jessica Jones.

In Peter Five Eight, fans can anticipate her working on another film project.

Cher admitted to having an affair with Tom Cruise in 2008.

Despite having a 16-year age gap in 1985, the couple dated. The actress mentioned Tom to Andy Cohen in 2013. She mentioned him as one of the top five lovers. Cher now concentrates on charitable endeavors related to animal protection. She is also working on an album and a documentary about her life.

In 1985, Tom Cruise had an affair with singer-songwriter Patti Scialfa. They were spotted out and about in New York with a number of renowned studio musicians. However, their relationship did not last long.

Tom Cruise and Mimi Rogers got married in May 1987. It is one year after they first met. Tom told Rolling Stone that his friendship with Mimi improved his acting. In actuality, he called Mimi his best friend. However, three years later, they got a divorce.

Tom Cruise and Nicole Kidman started dating again not long after Tom and Mimi split up. The entertainment business and fans both went absolutely crazy over these two. They eventually got hitched in 1990. They subsequently adopted two kids. The Days of Thunder cast, however, disbanded in 2001. This was done for an undisclosed reason.

There were rumors that Nicole’s decision not to join the Church of Scientology as fervently as Tom’s did contributed to their divorce.

See also  Who Is Giveon? Was He In A Relationship! Who Was He Dating?

Tom Cruise and Penélope Cruz first connected through the 2001 movie Vanilla Sky, not long after he and Nicole were divorced. The claims that their romance was the reason for his and Nicole’s breakup were refuted by the two. They wanted to get married after dating for two years. But they never did. At the August 2001 premiere of Captain Corelli’s Mandolin. They made their red carpet debut. However, they ultimately decided to part ways in 2004.

She most recently made an appearance in the January 7, 2022, release of the American spy movie, The 355. She co-produces the film On The Fringe, so viewers may anticipate seeing her again on the big screen.

Tom Cruise’s third wife is Katie Holmes. In the 2000s, he and Katie were one of the most well-known and well-discussed couples. They were adored by the public and the business community, even though Katie filed for divorce in 2012 in 2005. Tom’s affections for her were so intense that he leaped up and down on a sofa as he made his love public on television.

In April 2006, they welcomed Suri Cruise into the world. They later wed in Italy. The release of Katie’s Alone Together should delight fans. She was the film’s writer, producer, director, and lead actress.

In 2020, Tom Cruise and Hayley Atwell fell in love while producing the movie Mission: Impossible 7. They supposedly split up in September 2021. One year after they started dating. The news of their second reunion, according to accounts, gained attention. Hayley had just returned from the London premiere of Tom’s Top Gun: Maverick.

According to sources, the couple’s attempt to rekindle their romance in June of this year apparently failed. According to a source, Tom and Hayley’s relationship was real. It has not worked out for them, though. They decided to give their relationship another go earlier this year, the person added.