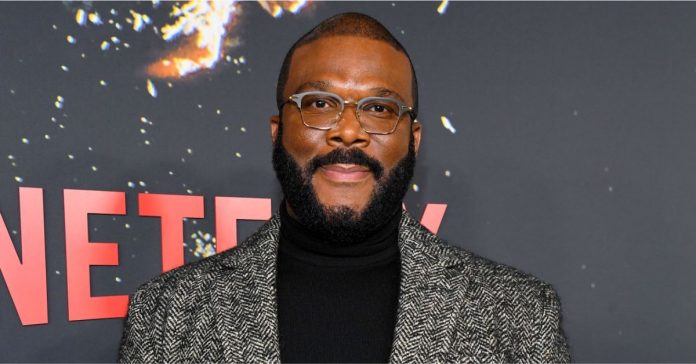 When naming some of the best actors with strong personalities, the name Tyler Perry is often heard. Tyler is among the best actors who would put all his emotions into his acting skills, resulting from being very close to his fans. Most of his fanbase contains African-American people or from related ancestors as Tyler’s works are mainly focused on showing the problems of the minority class and their daily life.

He is also one of the best screenwriters and directors in the country, as a result of which he was one of the highest-earning actors in Hollywood back in the year 2011. Many of his movies and sitcoms revolve around the life of African-American or black American people and all the challenges they face in the new world.

The story of Tyler Perry’s childhood is filled with misery and child abuse. Since his early childhood, he has been abused repeatedly by his family members, resulting in a very rough and dark childhood. Tyler came into this world back in the September of 1969 in his hometown of New Orleans, Louisiana, where he spent most of his childhood years.

During his childhood, he was pretty mentally unstable due to the constant abuse he faced at the hands of his family members. He would later state in an interview that due to his dark childhood, he took up writing as a hobby to express himself and his fears. He would later make writing his life and began working in the industry.

Due to Tyler’s early success in life as a screenwriter, he was able to quickly make a name for himself in the film industry and Hollywood itself. He had started by proposing a deal to ‘‘LionsGate Productions’’ where he would invest nearly two and a half million dollars for a film named ‘‘Diary of a Mad Black Woman.’’  Interestingly, the film was an instant hit and managed to gather over fifty million dollars in domestic and global markets.

Tyler is also famous globally for the creation and acting of ‘‘Madea,’’ which he is said to have created after getting inspired by his mother’s strong and courageous personality. “Madea” is a black American who is very wise, brave, and famous in her community due to her strong personality. She is very caring and loving and tries to remain close to her family and friends and protect them from any dangers they face.

The depth of dramatization and emotion in the character named ‘‘Madea’’ was solely derived from Tyler’s mother, who was also known for being a strong black woman who would never let her family suffer. In an episode of ‘‘The Oprah Winfrey Show, he would later state that writing has a very therapeutic effect on many people as it allows them to express themselves entirely without fearing criticism.

After experiencing the beneficial effects of writing himself, he would write a series of letters to himself, which would later become the jumping-off point for the musical named ‘‘I Know I’ve Been Changed.’’ As a result of his famous musical and other stage production, he got a vast fan following across the city of Atlanta.

Due to this success, he could sell tickets worth nearly a hundred million dollars for his plays and thirty million dollars extra for his related musicals and merchandise. Tyler had done this even before he came into the entertainment industry and produced a single movie. Thus, from the very beginning, Tyler had a bright future in the entertainment industry.

According to the recent financial reports, it is estimated that Tyler Perry has a net worth of about eight hundred million dollars. Most of his capital is acquired from the record amount of movies, stage productions, and television shows he produced during his career as a director and screenwriter.

Tyler has a record of producing about thirty movies, twenty stage productions, and more than eight television shows. He has a yearly salary of about two hundred thousand dollars, most of which comes from his production company through various deals. At the right age of fifty-three years, it can be said that Tyler has managed to create a name for himself as one of the legendary directors as well as a talented actor in the world of entertainment.

Tyler will be forever remembered as a famous social icon who stood against the social injustice faced by the African-American community in the country and made use of the media to portray his views.

The childhood of Tyler Perry is quite dark due to his abusive relatives and family members. As a result, he changed his surname at sixteen to distance himself from his family, especially his father.

He is also famous for supporting numerous minority communities across the country. He also does a lot of charity for the weak people in society. As a result, he is pretty famous among them.

During his career as an actor, screenwriter, and globally famous director, he received many awards. Some of these includes,

What Are Keanu Reeves Earnings And Net Worth? Bio, Career, Relationship!

How Did Twitch Streamer Adin Ross Get Rich? Networth!