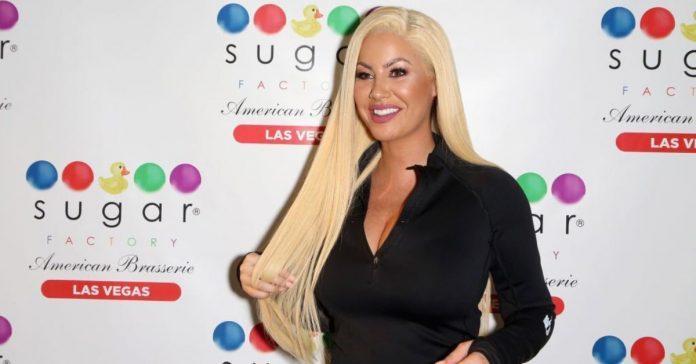 Amber Rose Levonchuck is an American model. She is also a television host. She works in both fields.

All You Need To Know About Amber Rose Biography, Luxury Collection, Age

She gained notoriety after taking part in music videos. It is for Young Jeezy and Kanye West’s smash hit Put On. In 2008, Rose and West began a public two-year love affair. As a result, she was featured in advertising for Louis Vuitton.

When Levonchuck was 15 years old, she began stripping under the nickname Paris. It is to support her family. Amber has additionally claimed that she tried unsuccessfully to sell crack cocaine while working as a dancer.

In the summer of 2017, Rose started dating artist 21 Savage. Savage is 9 years her junior. Nevertheless, the couple split up in March 2018. In April 2019, Amber shared on Instagram that she was expecting a child with Alexander Edwards.

Rose established the SlutWalk charity in Los Angeles. It is to support women who have been subjected to harassment, mockery, and humiliation because of their sexual activities.

It all began when she recorded the well-known sketch Walk of No Shame with Amber Rose for Funny or Die. Throughout her teens, she has been vocal about instances of bullying and humiliation by other teenagers. The walk has been held three years in a row since it began in 2015.

When Rose started appearing in music videos, her career quickly took off. She appeared in the Put On video by Young Jeezy and Kanye West in 2008. Amber’s appearance in a Louis Vuitton print advertisement for Kanye West’s footwear line helped increase her notoriety.

She gained more recognition as a rising talent in 2009. It is when she walked the runway at New York Fashion Week. Rose joined the Ford Modeling Agency in 2009.

She then went on to make appearances in music videos for artists. It includes Nicki Minaj, Wiz Khalifa, Future, and Ludacris.

She made an appearance on Russell Simmons’ reality series “Running Russell Simmons” in 2010. She is a guest judge on RuPaul’s Drag Race 3. It is in 2011.

In addition, Rose acted as MaryWanna in Nick Cannon’s movie School Dance and guest starred on an episode of MTV2’s Wild ‘N Out. In November 2011, she started serving as a spokesperson for Smirnoff.

In 2015, How to Be a Bad Bitch, her book was published by Simon & Schuster. Throughout the book, she offers advice and personal stories. It is about money, clothes, her job, and love.

In 2016, she served as the host of The Amber Rose Show, a VH1 conversation show. Its single season consisted of nine episodes. She founded her own eyewear company and apparel line in 2012 with her friend Priscilla Ono. Miley Cyrus’s manager is Miley Cyrus’s mother, Leticia Tish Cyrus.

Amber Rose has one of California’s most opulent mansions as well as her own cosmetics business. This house is worth almost $4 million, according to estimates. This home has a sizable yard and a sizable parking space.

On the other hand, there are a ton of exquisite furnishings and contemporary conveniences all around the place.

She uses a variety of expensive and luxurious vehicles. It includes the Lamborghini Gallardo Spyder, one of the most expensive automobiles in the world. It costs about $181,000, to get around the city. This car has a black exterior.

Amber Rose has a net worth of about $12 million, which is great. But she is working to make it even higher, according to certain online sources. Amber is starting a number of big projects.

These projects will greatly increase her own wealth in the upcoming year. It is because she recognizes the value of money. Her wealth will increase as a result.

See also  Who Is Debbie Allen? Her Net Worth, Sister, Daughter, Son!!

Read More:- All You Need To Know About Diana Jenkins Net Worth, Relationships!