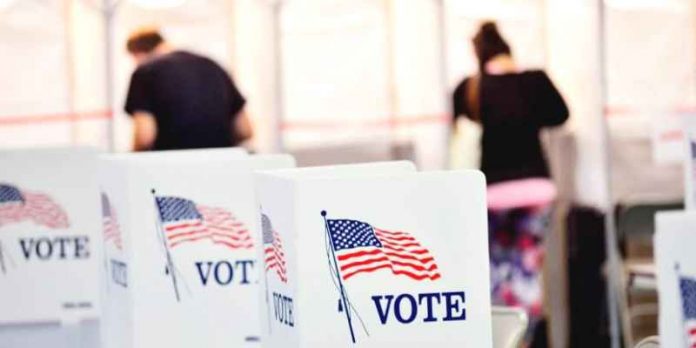 Tomorrow is the primary election in Macoupin County. Macoupin County voters have a wide range of candidates to pick from when it comes to filling open positions in local government.

Macoupin County Treasurer incumbent Roger Anderson appears to be a Democrat, while Lillian Amber McGartland is a Republican.

Shawn Kahl, the incumbent sheriff of Macoupin County, appears to be gearing up for re-election on the Democratic ticket on Tuesday. In the event of a Republican primary, Mr. Jared DePoppe intends to seek the nomination.

Macoupin County Re-election To Be Held Tomorrow, Voters Can Choose Among Any Candidate

Macoupin County‘s incumbent clerk and recorder Pete Duncan is running for re-election with no competition. Pete, who serves as an election official in Macoupin County, believes that every voter should have access to all relevant election information in order to exercise their right to vote.

To that end, he offered every tool available on the election commission’s official website to those in need. And he was ecstatic about the accomplishment.

Pete’s website offers information about the polling place, how to register to vote, and how to vote early or on the day of the election. He also mentioned that they’ve incorporated a wide range of frequently asked questions.

All of these suggestions are sure to help voters relax. Detailed ‘How To Guides’ have even been prepared to guarantee that users have a hassle-free experience.

Macoupin County intends to elect two county board members from each of the county’s nine districts, resulting in numerous county board races around the county.

Mark Dragovich and Kellie Vesper are ready to compete for the Democratic nomination in District 4. Ross Adden is vying for the Republican candidacy on the other hand. According to the most recent reports, incumbent David Thomas will not be running for re-election this year.

Both John Blank and Larry Schmidt will be competing for re-election in District 5.

Democrat Robert Quarton and Republican Aaron Staton will run for re-election in District 6 respectively. Similarly, Leann Barr is vying to be the Republican candidate in the district.

The two Republican incumbents in District 7 are set to run for re-election tomorrow, James Ibberson and Bernard Kiel. Christine Bruley-Hill, a Democrat, will run in District 7 and seek the party’s nomination.

Re-election bids are being made by incumbents Harry Starr IV (D) and Robert “Tony” Wiggins (D) in District 8. Charlie Siegel and Todd E. Armour, the other two Republican incumbents in District 9, will run for re-election.