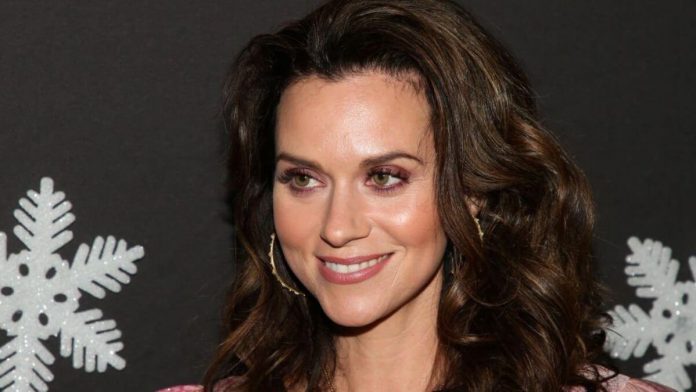 Hilarie Burton, an American actress, producer, businesswoman, and author, has joined the protest by discussing her experiences having abortions. This occurred as a result of Roe v. Wade, which eliminated the constitutional right to an abortion, being overturned by the Supreme Court.

Since Friday, June 24, protests against the overturning of Roe v. Wade have erupted across the whole country. In 1973, the historic declaration secured the constitutional right to an abortion in the US. The supreme court just passed a new statute giving each state in the US the sole authority to approve or forbid abortions.

The actress, 39, posted a photo of her 4-year-old daughter George on Instagram on Tuesday along with a memory of the abortion she underwent after losing the pregnancy. She wrote, “This is my child, My beloved, My daughter,” as the caption for the photo. She and her husband, Jeffrey Dean Morgan, share a 12-year-old kid named Augustus. She even acknowledged in her writing that her issue with infertility was no longer a secret. She even experienced many miscarriages before she was traumatised. Even Burton acknowledged the uniqueness and unpredictability of female bodies.

Numerous public figures, including media professionals, actors, politicians, and others have banded together to voice their opposition to the new law following the repeal of the previous one. Cheryl Burke, a well-known professional dancer who appeared on ABC’s “Dancing with the stars,” recently shared a video on TikTok. The abortion she had at the age of 18 is seen in the video. After going viral, many people are now speaking out through various posts and protests.

See also  Late Night With Seth Meyers Season 9 Episode 84 Is Here To Get Away From All The Tensions!!

Burton claimed that she underwent an abortion immediately following the death of her foetus, which aided in the uterus’s recovery. She claimed that after doing this, her uterus was restored to full health. It doesn’t matter if you use the phrase D&C, she added. Abortion is listed as the official term on the hospital paperwork. What it was was that.

The actress reportedly allegedly dreaded the worst outcome of that “terrible day.” If abortions had been prohibited at the time of her miscarriage, she claimed, imagine the horror of having law police examine her body to make sure she wasn’t the cause of her own miscarriage. Because in the upcoming days, this is what will happen. She even claimed that the historic ruling Roe v. Wade from 1973 had protected her right to an unrestricted miscarriage. She added that she had received multiple messages from her supporters, some of whom had even experienced miscarriages.

She expressed her emotions in support of the protestors during the tumultuous circumstances through her posts. She penned, “Consider each loss in the context of the Supreme Court’s recent ruling that it is acceptable for states to treat you like a murder suspect in such circumstances. Because of your miscarriage, you’ll be suspected of murder. I can’t shout this loud enough or plainly enough.”

She only has her daughter at the moment because of her previous miscarriages. Even still, she commented “So the Supreme Court gets a big f—- you. And to the illiterate right-wing radicals who want my daughter to have fewer rights than those I was given at birth: f—- you. #wewillnotgoback “