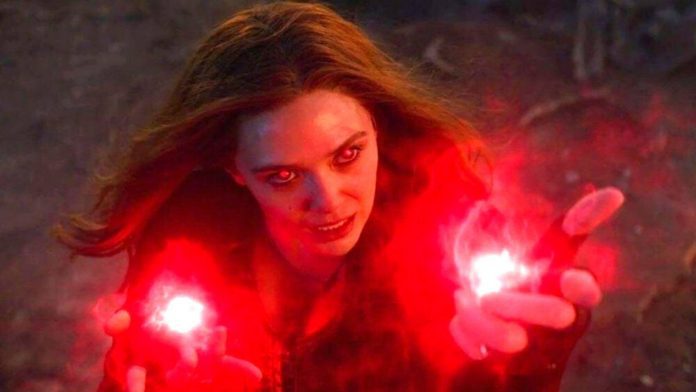 Like the classic superhero storyline, Marvel’sMarvel’s one of the most powerful characters, Scarlet Witch, has also gotten an upgrade in her costume.

The change in the costume is minor, but it signifies many of the past events happening to her.

In the movies, her name is’’ Wanda Maximoff, and she first came into appearance during the Marvel release of ‘’Avengers: The Age of Ultron.’’

Her last appearance was on the recent release ‘’Doctor Strange: Madness’’, where the change in her costume as the Scarlet Witch was visible to Marvel fans.

What Are The Reasons For The Change In The Costume?

As per the interviews of Andy Park, the former director of Visual Development for Marvel Studios, the recent changes in her costume reflect the events that took place during the ‘’Avengers: Infinity War.’’

The current costume is made from a lot of grief due to the sad events happening to her since her first appearance.

But, the recent event that mainly caused her to change the costume was the ‘’DarkHold.’’ The book of corrupt powers is depicted in the new Doctor Strange Movie.

She got in touch with the book while searching for her boys named Billy and Tommy. She had used it to search for them across the multiverse but later got defeated by Doctor Strange himself.

Her new costume also contains memories from her lost family, including her two sons and Vision. The vision was previously killed when Thanos took his infinity stone away during ‘’Avengers: Infinity War.’’

See also  Who Is Penny In The Top Gun Movie? Quick Guide For Cast And Character

What Are Some Of The Easter Eggs In Costume?

As remarked by Andy park, he and his team have incorporated specific small changes in the costume of the scarlet witch.

One of the first changes includes utilizing the space near her collar bones. The collar region has been incorporated with a small hexagonal shape to remind her of the infinity stone worn by Vision on his forehead.

Also, the design on her chest depicts her and Vision’s relationship as the W stands for Wanda while the V stands for Vision.

Her costume also includes many designs with the symbol Vs which also depicts her relation with Vision in the movie.

Furthermore, the suite also includes a design in the bodice area that resembles a large crack in the suit. The former director for Visual development claimed that the design is there to resemble Wanda’s broken heart after losing her entire family.

Also, the outfit consists of full sleeves rather than the previous half sleeves, which directly reflects her attitude change.

Other minor details have also been added to the suit, which is responsible for showing the recent changes in her life and attitude towards life after coming in contact with the corrupt powers of witchcraft.

Thus, each change in the new costume had undergone thorough discussion and was responsible for adding an extra layer to her already corrupt version as a hero.

New Faces Will Be Screening In Yellowstone Season 5